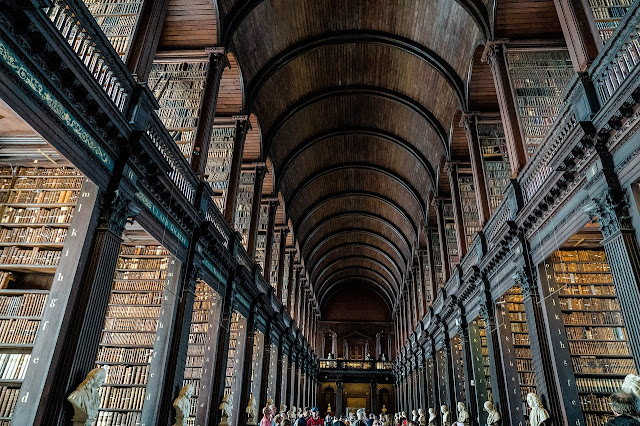 Subtitle: Ten Reasons We're Wrong About the World--and Why Things Are Better Than You Think
Authors: Hans Rosling, Ola Rosling, Anna Rosling Rönnlund
summary: "The world, for all its imperfections, is in a much better state than we might think. When we worry about everything all the time instead of embracing a worldview based on facts, we lose our ability to focus on the things that actually threaten us."
Reason to read: Most entrepreneurs want to make the world a better place. That's a hard dream to hold and keep if you're inwardly convinced that everything is going to hell in the proverbial handbasket. By establishing a baseline of facts about the reality of our global situation, you can more easily avoid the miasma on negativity and focus on having a positive impact.

Subtitle: Life and How to Make It
Author: Steve Grand
summary: "Famous for programming a game that simulates evolution, the author launches into a philosophic musing that's anti-reductionist, anti-materialist, and (to a degree) anti-mechanistic, where matter, life, mind, and society as seen as different levels of the same thing."
Reason to read: This unfortunately out-of-print book is the perfect complement to The Beginning of Infinity,  recommended above. Where that book looks from the big picture down, this book looks from the small picture up, specifically how the universe looks from the viewpoint of a very gifted programmer. Fascinating stuff.

Author: Sam Harris
summary: "Acts of adultery and other personal betrayals, financial fraud, government corruption--even murder and genocide--generally require an additional moral defect: a willingness to lie. This book argues that we can radically simplify our lives and improve society by merely telling the truth in situations where others often lie."
Reason to read: Like everyone else, I struggle to understand how Elon Musk can get so much done simultaneously. One reason might be that he's been following Sam Harris's advice and no longer needs to carry the burden of lying that weighs down so many CEOs and successful people. Maybe us mere mortals can do the same, eh?

Subtitle: The True Story of a Lone Genius Who Solved the Greatest Scientific Problem of His Time
Author: Dava Sobel
summary: "In complete opposition to the scientific community, a self-taught engineer imagined and invented a series of clocks that could keep precise time at sea, making it possible for ships to know exactly where on earth they're located."
Reason to read: While there are dozens of business books about innovation, most of them assume that collaboration is the root of innovation. This book illustrates what every historian of science knows: that innovation always takes place in opposition to the conventional wisdom that emerges when collaborators work to "get on the same page."

Author: Verlyn Klinkenborg
summary: "This book sets out to help us 'unlearn' conventional wisdom about writing, such as the importance of topic sentences and outlines, and that creative writing requires genius. Instead, it reveals that writing is more about thinking, noticing, and learning than becoming involved in the act of writing."
Reason to read: Despite how the publisher has positioned this book, it is not a "how-to" but more of a "how-be," to coin a phrase. Look, clear writing has never been more important, especially now that short essays are becoming the launch-points for many business meetings. Unfortunately, most people dread writing, mostly because they're were taught to write using a methodology invented by 19th-century pedants. It doesn't have to be that way, though, for you or for anyone else.

Subtitle: The Sports Gene: Inside the Science of Extraordinary Athletic Performance
Author: David Epstein
summary: "Through conversations with leading scientists and Olympic champions, and interviews with athletes who have rare genetic mutations or physical traits, the books force us to rethink the very nature of athleticism and revisit the controversy of nature vs. nurture."
Reason to read: Probably the most common success advice ever given is "Do what you love." Most people love what they're good at and dislike what they must struggle to master. Chances are that, if you're a "natural" at something, that's the career that you should pursue. Conversely, if you're miserable at work, you're probably fighting against your genetics--regardless of how much money you're making.

7. The Beginning of Infinity (recommended by Mark Zuckerberg)

Subtitle: Explanations That Transform the World
Author: David Deutsch
summary: "In this wide-ranging book, the theories of evolution, quantum physics, knowledge, and computation are a show to apply to a wide range of issues and unsolved problems, such as the source of creativity, the existence of a free will, and the future of the human species."
Reason to read: Talk about getting the big picture! This book (which builds on Deutch's previous work The Fabric of Reality) invites you to rethink virtually everything you know about science and how it applies to the big questions that continue to plague us. BTW, this book is surprisingly readable, given the complex nature of much of its subject matter.

Popular posts from this blog

How To Configure Mail Client From "mobileconfig" File ( iOS )

If you want to configure the mail client of your web email address from mobileconfig to your ios device.
Follow the steps: Download the mobileconfig file from your email provider. In my case cPanel Email (->Email Configuration -> Select the email address -> IMAP (application:ios) ->Proceed ).Now you will get mobileconfig.Upload that mobileconfig file to uguu.se. And note down generated that link. Other alternatives are:file.iotmpfiles.orgfile.towntakeafile.comimgbb.comOpen that link (generated link) from Safari on your iOS device.For example, just message yourself and open the link from your device.✌️Click on the file.Now opens a screen showing the profile. Click install -> Type passcode -> install.Now it will ask for the password of your email address.Done.Now you can use your new email profile for sending and receiving emails. Let's stay connected, here is my Twitter profile:@sooryagangaraj


Check this tech which I found, you may like too.

MeisterTask is the most intuitive collaboration and task management tool on the web. Sign up, invite your team and start working. No training required.

Twist is a team chat and collaboration platform aimed at clear and mindful communication.

Redbooth
Redbooth is an easy-to-use online project management software for high performing teams. Get started for free with collaboration tools and task management.

How To Unsubscribe Channels All From Youtube (Using Console) 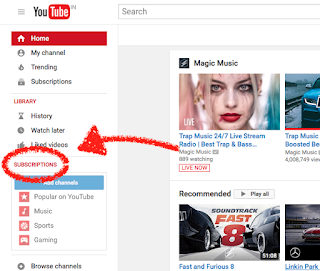 Method to mass unsubscribe all channels from YouTube. If you have subscribed many junk channels and you want to remove them all at a time, then here is one easy way to do that. Without installing any extension or softwares.
Simple Method.

Go to your youtube subscription page and Open console. Paste the given code (Here) and press Enter (for mac return)
Done
STEPS IN DETAIL :
Open web browser.Open YouTubeClick on "SUBSCRIPTIONS".Press Option + Command + C (in Mac)or Alt + Ctrl + C (in Windows). now you will get one console tab. On console tab you can type any java script code, that code will be execute on the current web page.Now just past the given code on it. And that's it.         Enjoy your  youtube with new subscriptions.

Please leave some comments to improve our blog.